The Atlas moths at the Butterflies and Blooms exhibit at CBG are among the most fascinating in the collection of butterflies and moths.  This past week there were four moths (3 females and 1 male) in the exhibit, and the male was mating with one of the females.  Atlas moths belong to the Saturniidae family and are native to the tropical and subtropical forests of Southeast Asia.  They are the largest moth in the world in terms of wing surface and their wing span can reach 10-12 inches.  There are varying theories as to why the moth is called the Atlas moth - perhaps being named after the titan of Greek mythology, or because of their atlas or map-like wing patterns, or perhaps because in Cantonese the name translates into "snake's head moth," referring to the patterning of the curved forewing tip that resembles a snake's head with eye spot.

Female Atlas moth, recently emerged from the cocoon and waiting for a mate. 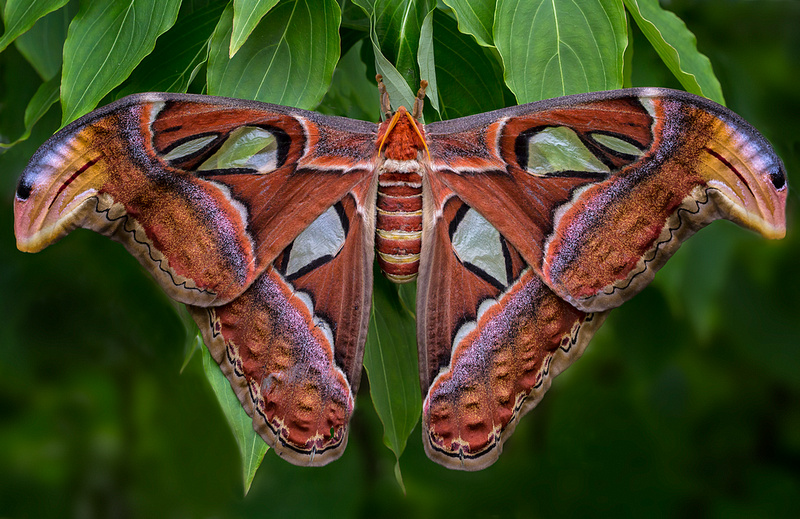 When the moths emerge from the cocoon they have no mouth parts and do not eat, relying only on their fat stores from the caterpillar stage.  Their sole purpose once they emerge is to reproduce. They live only 1 - 2 weeks.  The female secretes a pheromone to attract her mate.  The male Atlas uses his long feathery antennae, which are much larger than the female antennae, to detect the pheromones and find the female.  Once the eggs are laid, the moth dies.  The caterpillars emerge 10-14 days later and the cycle of life begins again - egg, caterpillar, pupa and moth.

Female Atlas mating with male - the male is smaller in size than the female but note the larger antennae. 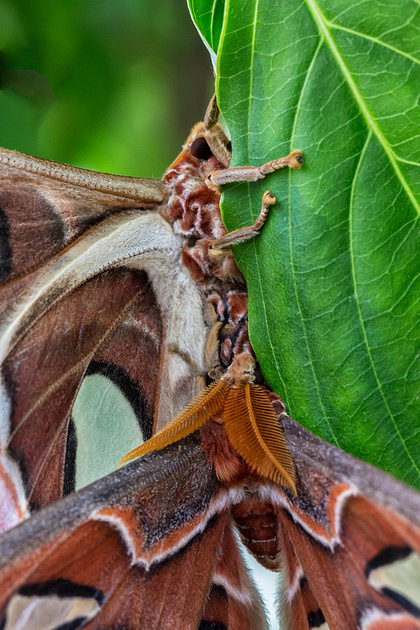 Close up of the female Atlas - note the transparent triangular windows on the wings. 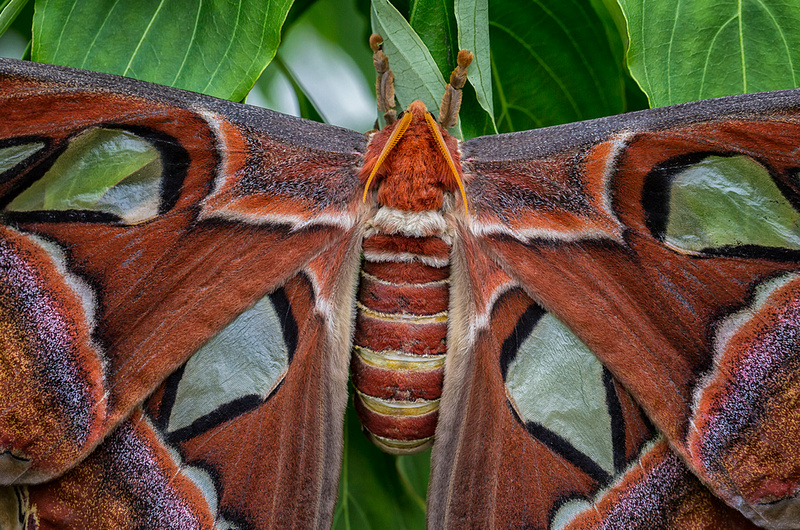 Close up of another female in the exhibit.  Her antennae are thinner than the male's. 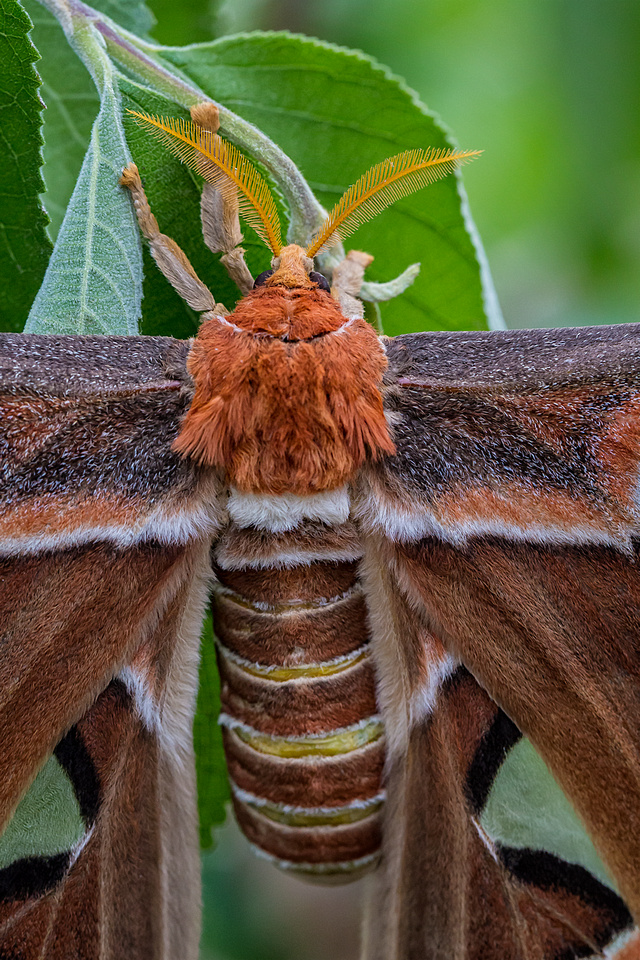 The eggs of the Atlas moth. 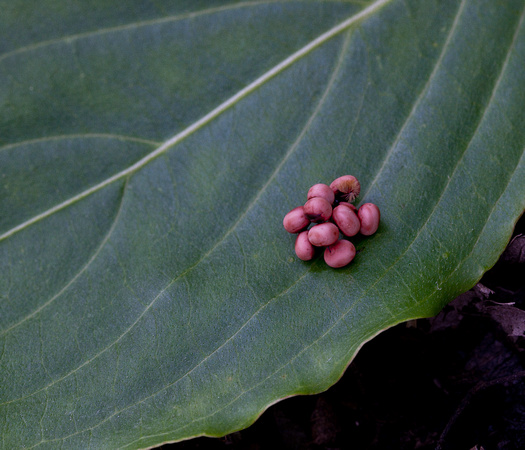 In 10 - 14 days a dusty green caterpillar emerges from the egg. 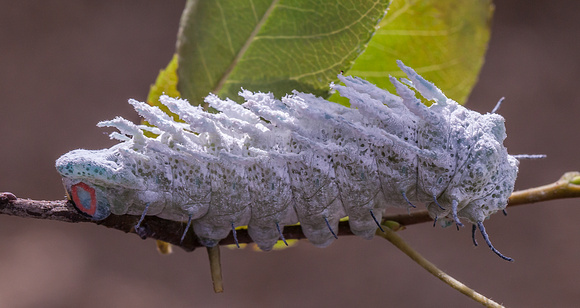